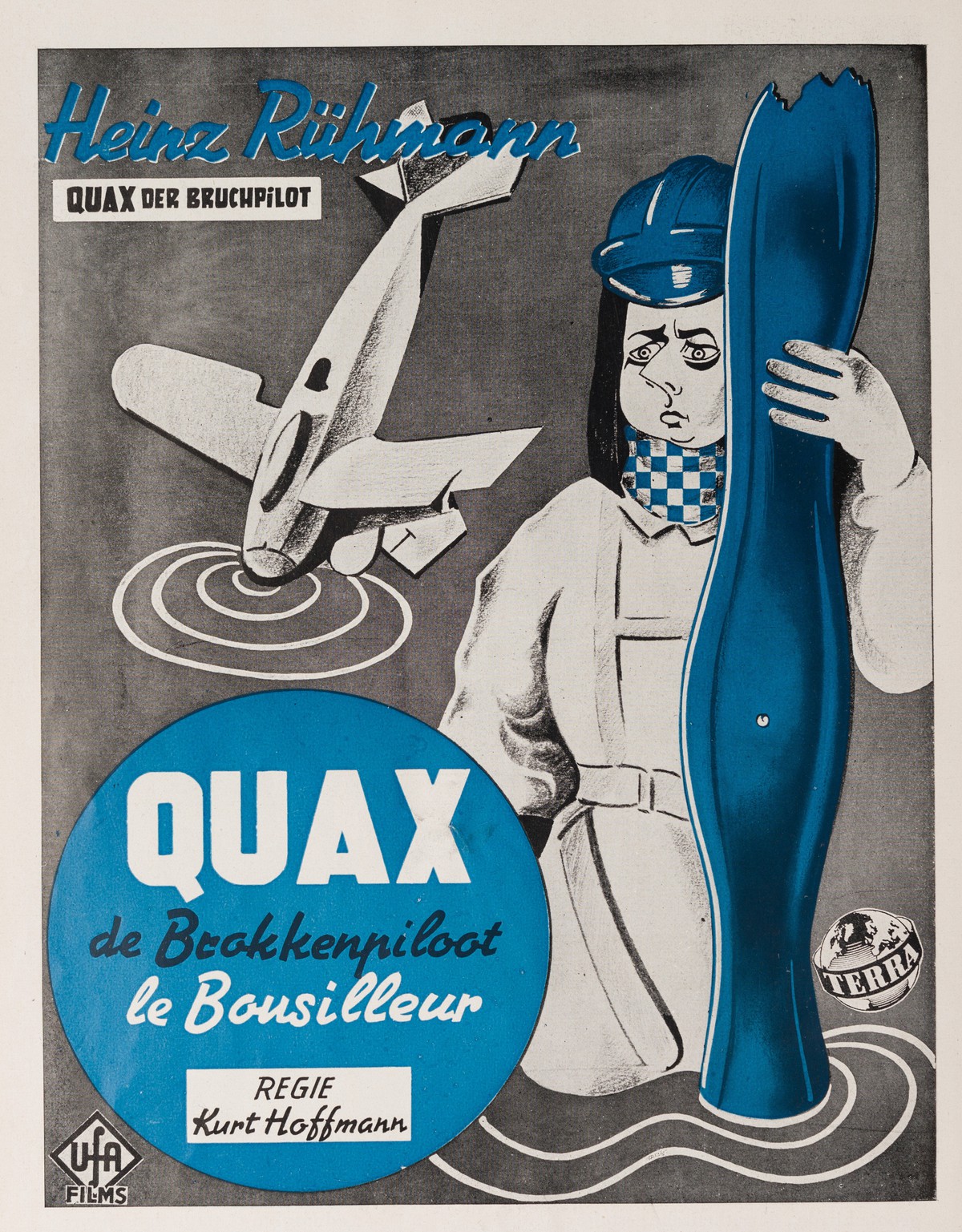 This online event was a follow-up to the workshop “Film Distribution, Exhibition and Consumption during the Second World War” (Leuven, 2018) and the “Movie Theatres in Wartime” symposium (June 2020, scheduled to take place in Amsterdam, but due to Covid-19 downsized into an online event).

Scholars presented their ongoing research about film exhibition and distribution during World War II. The purpose was threefold: (1) developing and sharing methodological expertise in compiling, analysing and comparing data on historical film programming; (2) gaining more insight in the transnational patterns of film supply and demand during the war, across belligerent and neutral countries; (3) building and strengthening a network of scholars with a shared interest in the topic. It was meant as a workshop-like meeting used for sharing ongoing research, to debate methodological issues and discuss preliminary results.

On Thursday 19 November the conference was opened by Julia Noordegraaf (University of Amsterdam), director of the CREATE programme that has as its aim to stimulate the use of digital methods and data in humanities research. This closely aligns with the purpose of the conference, where the use of databases with structured information on film programming and cinemas information are central. This was immediately illustrated during the next programme item, the launch of the website CINEMA IN OCCUPIED BELGIUM, by Roel Vande Winkel (KU Leuven / LUCA School of Arts) and designer of the website Thomas Crombez (www.letterwerk.be). The online database, which was collected over the course of many years, with the help of students and volunteers, will give both researchers and an interested general audience access to detailed information about cinemas and film screenings in German-occupied Belgium (1940–1944).

The second bloc of presentations started with Maria Fritsche (Norwegian University of Science and Technology) and Thomas Hagen (ARKIVET Peace and Human Rights Centre, Kristiansand) laying out their ambitions for a comparative project to investigate the role and meaning of cinema in the Nordic countries, during the period of the Second World War, and a five-year period before and after. They discussed a number of research themes used for tackling this topic: discourses about cinema, the cinematic landscape, cinema as experience and place of encounters, film exhibition and film politics. The next speaker was Suzanne Langlois (York University). In her exposé on French film exhibition in New York she demonstrated the politicised nature of the screening of European film in the US, using a dataset of film screenings in New York cinemas specialised in European film in combination with text mining techniques applied to the American trade press.

After the break, Omer Merzić (Institute for Historical Research, University of London) presented his findings on the transition that took place in film exhibition in Sarajevo after the German occupation of Yugoslavia in April 1941 — American films were immediately replaced by German productions. The topic of wartime cinema in Yugoslavia is still very much an unwritten history. For the next presentation, we again crossed the Atlantic, back from afternoon to a morning in Buenos Aires, from where Alejandro Kelly Hopfenblatt and Marina Moguillansky (both University of Buenos Aires) demonstrated the impressive dataset they are compiling with the aim of exploring the history of cinema going during the period of “classical cinema” in Buenos Aires, between 1933 and 1955. During the 1930s, Hollywood dominated the Buenos Aires screens, with domestic productions ranking second. German films were only a minor presence before the war.

After a four hour zoom session, we adjourned and reconvened the next day. Kateřina Tůmová (Masaryk University) presented her ongoing research into moviegoing in the small town of Prostejov during WWII. Remarkably, some films would receive their first screening even before they arrived in the capital Prague or the nearby provincial centre Brno, demonstrating the usefulness of comparing smaller and larger local cases. Anthony Rescigno (University of Lorraine) presented his work on the circulation and consumption of German films in occupied France. His talk emphasised how varied the French cinema landscape was during the war: ranging from the occupied and free zones, the annexed parts in the east and the northern areas that were administered in combination with Belgium.

The next slot was dedicated to the Soviet Union. Irina Tcherneva (Centre National de la Recherche Scientifique) spoke about the power struggle between state-run cinemas versus trade union cinemas that pointed to the difficult balance between propagandistic and commercial goals, while at the same time foregrounding some remarkable differences with practices in capitalist film industries. Next, Oksana Maistat (Berlin University Humboldt) presented the splendid online database she is creating together with Georgy Sherstnev and Andrey Muzhdaba: https://sovietfilmspace.ru/. This is a grassroots initiative for which the initiators are still looking for funding opportunities. The database is a promising research tool that contains scores of cinemas and film programmes of the 1920s in Moscow and Leningrad.

The final presentation was a report on a work-in-progress where Andrzej Dębski (University of Wroclaw), Thunnis van Oort, Clara Pafort-Overduin, Terezia Porubcanska (University of Antwerp/Masaryk University in Brno), Karina Pryt (Goethe-Universität Frankfurt am Main), Pavel Skopal and Roel Vande Winkel are working on a comparative analysis of four German-occupied cities, using the film programming data for Brussels, The Hague, Krakow, and Brno throughout the period of occupation to gain a better understanding of the practices of film exhibition and distribution in various parts of the Third Reich. The results are purported to be published as a chapter in a forthcoming book on Comparing New Cinema Histories.

The conference was closed with a brief discussion on future activities. Hopefully there will be a follow up (virtual) meeting in the spring of 2021.