Scholars are hereby invited to sign up for a hands-on symposium on film exhibition and distribution during World War II. The purpose of the symposium is threefold: (1) developing and sharing methodological expertise in compiling, analysing and comparing data on historical film programming; (2) gaining more insight in the transnational patterns of film supply and demand during the war, across belligerent and neutral countries; (3) building and strengthening a network of scholars with a shared interest in the topic. The symposium follows up on the workshop “Film Distribution, Exhibition and Consumption during the Second World War” (Leuven, 2018) by the same organisers.

The symposium is co-produced by CREATE (University of Amsterdam) and DICIS (Scientific Research Network on Digital Cinema Studies) and hosted by the NIOD Institute for War, Holocaust and Genocide Studies and the University of Amsterdam. It will consist of two main segments: a seminar with brief presentations, and a workshop where participants will work hands-on with the collaboratively collected data. Participants in the symposium are requested to compile, in advance, a data set that consists of film programming data, according to a fixed data model, in order to allow for comparative analysis (see instructions below for more specifics). Afterwards, all data will be made publicly available in an open access environment.

The symposium does not have the ambition to produce final answers. Rather, it should help us with the identification of relevant research problems answerable by a comparison of data from different states/regions/cities. This experience can be a strong incentive to establish a firmer network and to search for joint research funding. While concrete questions we can ask over the datasets will be mostly driven by the context of the participants’ expertise and research projects, some more general queries will be raised at the meeting, such as: to what extent did the audiences in different cities/countries watch similar/different movies and, for instance, can we see chronological patterns? Did certain types of movies circulate through the respective spaces in a similar way? What were the differences in the circulation of movies according to the criteria of the movie genres, national and social structure of the space, cultural traditions, or quality of the cinema market? How long and when were movies kept in distribution on average, how often – and what kind of – movies re-entered the market after a break, and what were the logics of their movement through the covered area? What was the presence – and difference in an “exhibition life” – of movies according to the country of origin?

We ask all participants to collect film programming data in a manner that will facilitate the creation of a harmonised data set, which in turn will allow for transnational comparison. For that reason, there are several minimum requirements. We ask prospective participants to take the following steps:

Select in that city at least three cinemas, preferably the most prominent, first-run cinemas of the city. If the city has less than 3 cinemas, that is fine. Collect basic information on the cinemas (as far as it can be found): name, address, number of seats, ticket prices, name of exhibitor, etc.

If you hesitate which city and/or cinemas to select, please contact the organisers.

Document which films were screened in selected cinemas in the period from at least 1 June 1942 until 31 May 1943, using newspaper listings/advertisements or other sources. We will limit the analysis to feature films.

Identify all the film titles, preferably by referring to the IMDB ID of the title; if the title cannot be found in the IMDB database, refer to an alternative online film database, if available (e.g. http://www.svenskfilmdatabas.se/ or https://www.filmportal.de/).

For the collection and registration of the data, please use the form supplied by the organisers. The question as how to structure the data is one of the topics of the symposium. And we would expect some country-specific issues that might be problematic to fit in the data form as currently devised. At the same time, we all need to conform to a similar data structure in order to obtain data in a format that is comparable. So please follow the provided format, but document any feedback or criticism to be used in the discussions during the symposium. If you encounter problems with the form, please contact the organisers.

If you are interested in joining this initiative, please send the organisers a document with the following information, before 1 December

Description of expected data set (which city/country; which available sources for film programming); current status of the data set (existing data set or to be compiled)

Please note that participants are expected to cover their own costs for travel and accommodation. Registration is free. Please send your application to the organisers: Thunnis van Oort (T.vanOort@uva.nl), Roel Vande Winkel (roel.vandewinkel@kuleuven.be) and Pavel Skopal (skopal@phil.muni.cz)

These are the dates of the “fiscal year” that the German film industry used and imposed on many occupied countries. Production firms would try to plan/schedule their production and export according to these fiscal years.

This is well after the German invasion of the Balkans and the Soviet Union and well before the Allied invasion of Sicily and the downfall of Mussolini’s regime. So this is the time period in which Germany was occupying/influencing a larger territory than before or after.

In short, it is our premise that this time period could form a good basis for an interesting comparison. Is that premise justified? We will find out in June 2020…

Why limit this experiment to three cinemas (only) and one year (only)?

We want to make this a low-threshold experiment. To enable transnational comparisons, we need a common denominator, which consists of a minimum of three cinemas in a designated city, during at least the selected season 1942-1943. But of course, more data would be welcome and would allow for even more sophisticated comparisons — some participants have larger data sets available, covering the whole war period and multiple municipalities. So, in smaller groups, we could work on more elaborate data sets, that cover either more cinemas or a longer time period, or both.

We hope to hear from you soon! 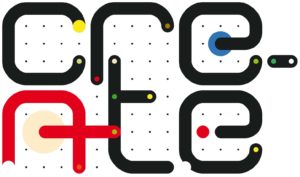